Running a bit late, as I had been away and "offline": here's the final part of Inktober! 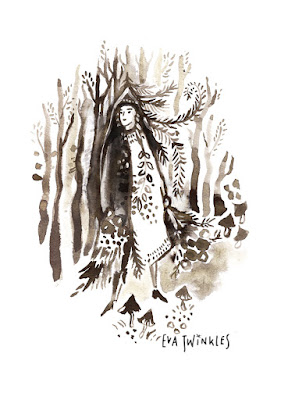 Starting with the "Forest Girl" above, for Inktober 23. I thought I'd be painting an autumn wreath, but the brush decided differently and then this girl turned up … 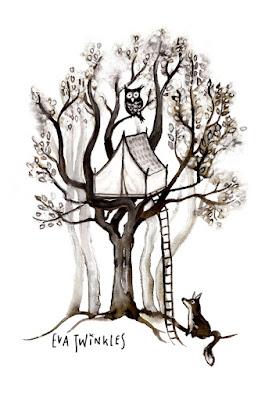 Before doing Inktober 24 called "Treehome" I had been passing by the new tree climbing garden in our local wood. All these platforms in the trees reminded me of treehouses (though the one I did is rather a tree-tent…). As a child I really would have adored to own a treehouse and we kids tried to build one from found wood every now and then, but these always collapsed after a while … I still would love to own one now! 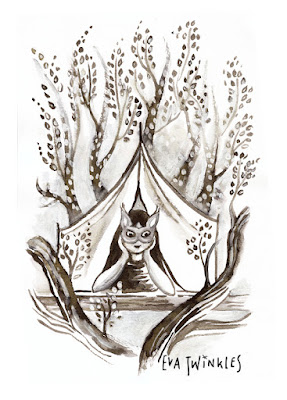 I had to find out who lives in the Tree-tent above, so I did this fox-girl, called "Forest Girl 2" for Inktober 25. 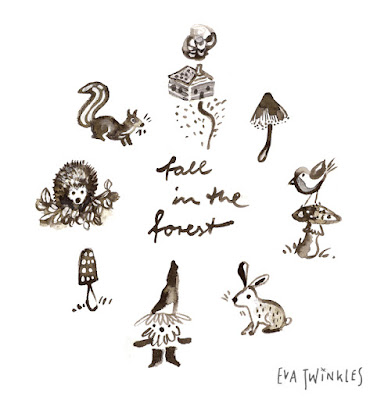 "Fall in the Forest" – some fun little forest folks and motifs for Inktober 26. 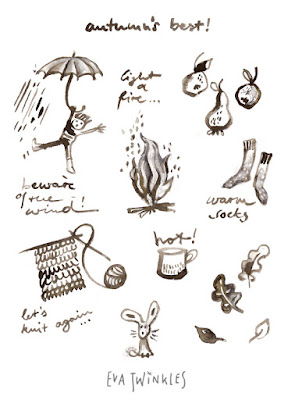 I can't help but love autumn. I always have. It's my favourite time of the year. Inspite of the colder days and earlier nights, there's so much to cherish! So here's "Autumn's Best" for Inktober 27. 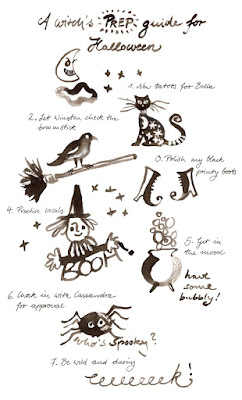 Getting ready with this "Witch's' Prep Guide for Halloween"! Inktober 28.

"Melancholia" for Inktober 29. It's that time of the year again … 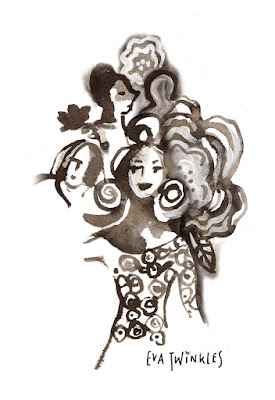 And here's my Inktober 30, called"Flower Girl". It's inspired by admiring a beautiful bold woman on the train station. She wore a stunning and summery flower dress brightening up the otherwise dull, grey late autumn scene. Wondered where she did come from! Prob directly from Frankfurt airport nearby … 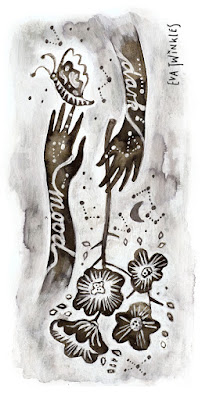 Phew! Bit exhausted now to be honest ;-) but loved it nevertheless. I hope you liked following me along for Inktober as well!
Posted by Eva Marion Seyffarth at Friday, November 04, 2016 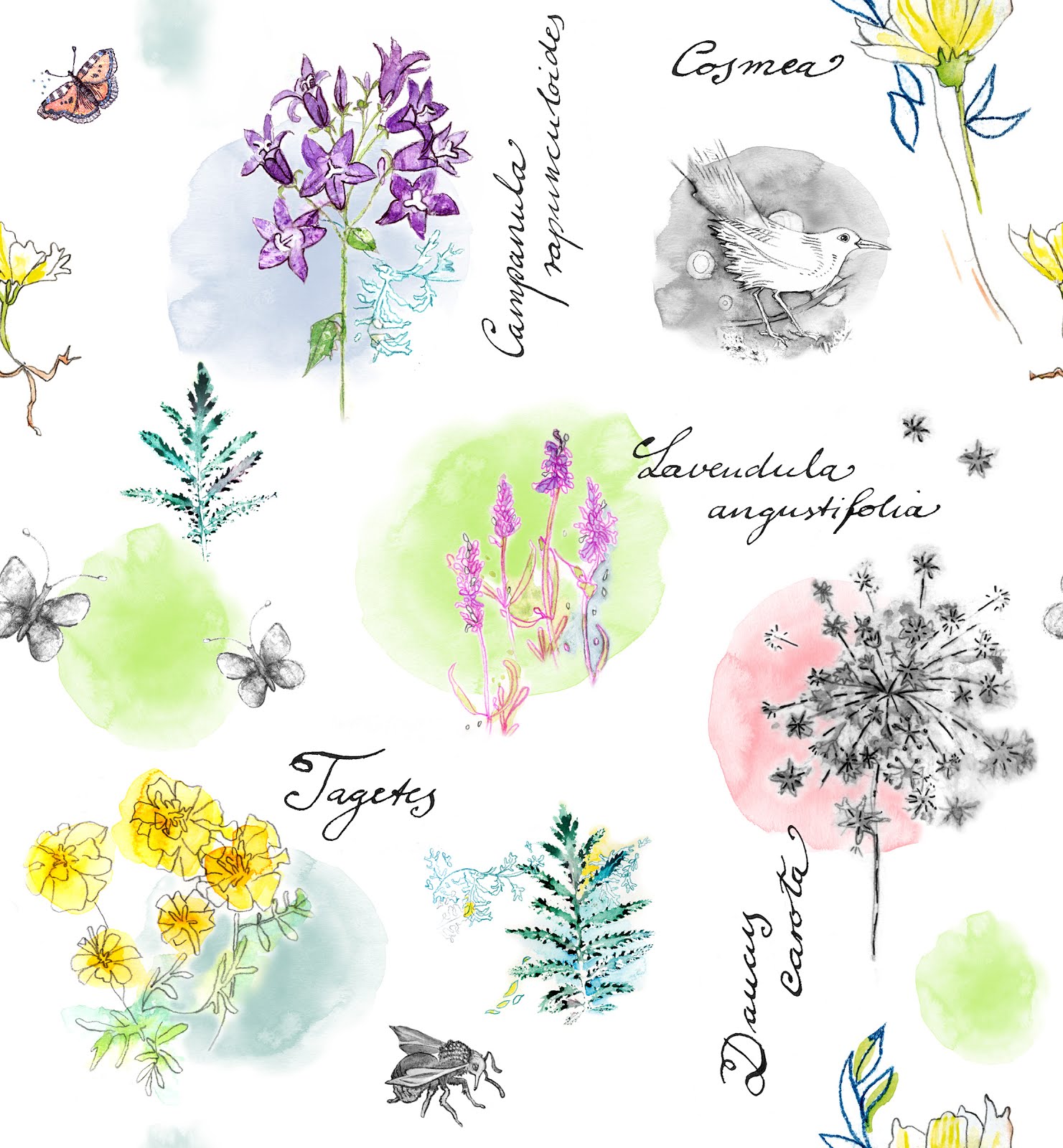